Your Wedding Speech: Should You iPhone It In? 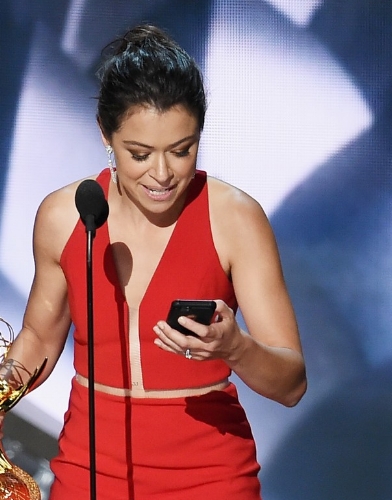 I was excited to receive a video recently from a client giving the best man speech we created together at his friend’s wedding in Boston.

He’s a dentist without much public speaking experience so he was on edge when we began working together. But the video showed him energized and getting laughs, cheers and applause throughout. A home run by any standard.

But as happy as I was for him, I felt a little uncomfortable at times watching his speech. Not because of his performance, which was great, but because he was delivering the speech from the glow of an iPhone cradled in his left hand.

It all just seemed a little, well… cold.

He’d look down at his phone, read, look up, then use his other hand, which also held a microphone, to scroll down the screen to the next section of his speech.

This is not very different from how speakers use traditional note cards, of course, but it felt a little impersonal to me for some reason.

Maybe it’s because smartphones, while ubiquitous and transformative, can be irritating to be around at times. This is never truer than when you’re in the presence of someone paying more attention to their phone than you.

We’ve all experienced someone who says they just need to “text this person/check Twitter/send this email real quick” in the middle of your conversation. They say this as they look away, bury their head in their phone and put up their “don’t talk to me” force field.

Now there’s even a term for being ignored by someone more interested in their phone. James Roberts, a professor of marketing at Baylor University, calls it “phubbing,” the combination of “phone” and “snubbing.”

It’s happened to me so often I think the neuropathways in my brain have been rewired. Just seeing a speech delivered from an iPhone even triggers a phubbing response in me now.

I’ve heard mixed reviews from wedding audiences. Some don’t mind speakers using their phone, others don’t like it and have described it to me as “lazy,” though it’s really not different from having a speech on note cards.

I happen to favor note cards, probably because that’s how I learned to give speeches. But I get it. We have strong, trusting, personal relationships with our digital gadgets.

Electronic speech teleprompters have been around for decades, of course, but have been reserved for elite politicians and corporate leaders. But with 2.6 billion users in the world, smartphones are democratizing digital speech-making.

It’s not just the young or tech savvy who are “phoning in” their wedding speeches. I worked with a 64-year-old father of the bride recently who wanted to deliver his speech from his phone.

He said it was more comfortable to hold and gave him more confidence than note cards. I encouraged him to use what works best and the day after the wedding he emailed to say his speech was a “grand slam.”

And in the end, that’s all that matters.

If you’d like to use your phone instead of note cards, consider creating digital note cards using Flashcards+, which will make your speech easy to scroll through and read without having to squint at small text.

Also be sure to have extra power on hand by carrying your phone charger or having a charging case. Pity the speaker whose battery goes dead as the master of ceremonies announces to the crowd, “And now here’s our maid of honor with her thoughts on this special day…”